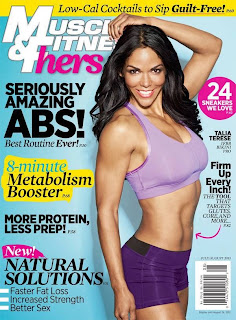 This Spring I had the pleasure of doing a shoot with Muscle and Fitness magazine, who chose to do several of their stories for the magazine's July/Aug issue in Columbus, Ohio. Nationally distributed magazines tend to shoot several months ahead of time, so I was thrilled to finally get my hands on a copy today! My credit for makeup was SO small that I had to flip through several times before finding it in the binding on a couple different spots.
Here are some of the other pictures from the shoot: 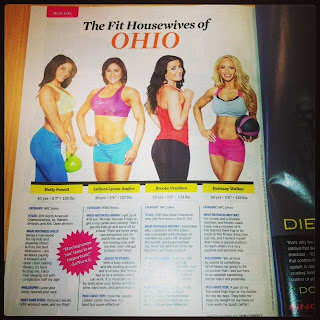 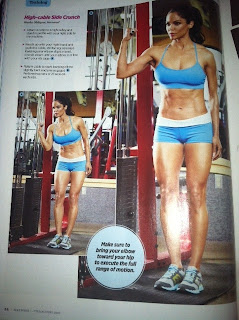 And there are 2 other photo stories to come, (I guess) as they weren't in this issue. To be continued...;)

Posted by State of Face at 4:04 PM No comments:

Promote your Page too

State of Face
Columbus , Ohio, United States
Columbus clients- Joy, the owner of State of Face makeup artistry has been a makeup artist for over a decade and does about 65 bridal parties a year. She also does commercial, editorial and fashion artistry. She has a studio in her home near downtown and travels on location. She uses airbrush or conventional makeup. She can bring a team of artists if you have a larger party or to accommodate time constraints.

"What can I say? The wedding day makeup for me and my party was simply stunning. Everyone looking SO gorgeous, it really kicked the wedding up a notch. I cannot tell you how many compliments we received. I will be referring everyone to Joy! I've never felt so beautiful, which is exactly how a bride should feel on her wedding day. Plus, everyone loved having Joy around. Her fun personality calmed us all down and we had a great time!"
Kate W

"My makeup was beautiful and it looked great the entire day. In fact, that night I didn't want to take it off because it still looked so good!" Courtney W

"Joy does fabulous work. We all appreciated her energy!"
Melissa T


"Joy is so sweet! I'm SO glad she got recommended to us. She did an amazing job!! I really felt like a princess!"
Lauren B

"I love how Joy was able to enhance normal aspects of myself to make them beautiful. My pale skin I fretted over became glowing and my green eyes stood out against it thanks to her work. Joy will treat each person as an individual and work to make that individuality shine on your special day."
Valerie E